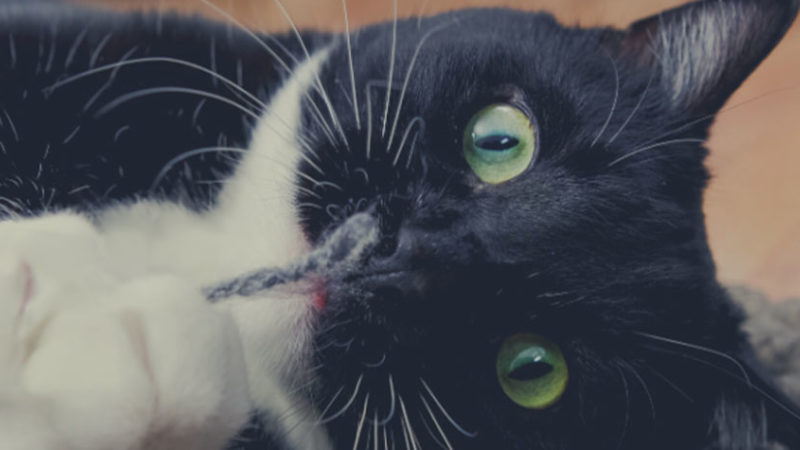 They say that animals often come to resemble their owners. Or maybe it’s the other way around. I am not sure where that statement came from, but I would probably say there is a nugget of truth to it. Perhaps we do become more like our critters, or more likely, we simply learn from them.

A decade ago, my husband and I adopted a little black cat from the local shelter. As soon as they plopped him in our hands, he began to purr like a motor. We bundled him up, took him home, and named him Monkey.

This name seemed to fit him much better than his original moniker, Phantom. Monkey wasn’t a cat who liked to hide away, and he wasn’t very stealthy either. Instead, he was restless, animated, and liked to play rough. Always in movement, he could barely sit still long enough for a picture. He’s got a true “monkey mind.”

I hate to admit this, but in a way we’re a lot alike.

Like Monkey, I am easily distracted. I blame this on my Gemini ways, but the truth is that’s not an excuse for having too many projects running at the same time with all the technology in the world clamoring for my attention. The blips and dings that alert me that I’ve got mail or texts or other such things keep me in a state of high alert. “What’s happening? What’s going on?” Or, more accurately, “What did I miss?”

Like a pinball whizzing around the flippers and bumpers, my brain is in constant motion. Sometimes I’ve found myself amazed that I was able to get anything done at all.

My writing sessions were punctuated by petting sessions, and cooking a meal required one hand on the spatula while another held a laser pointer to keep Monkey from biting my heels. Disruption via feline was a way of life around my house, so, as you can imagine, it wasn’t easy for a focus-challenged person like myself to remain present much of the time.

One day, I was tapping away on the computer when I noticed Monkey staring down a bug. He was poised to pounce, eyes wide, and completely still. The bug wasn’t moving. Neither was Monkey. This was a total showdown between cat and bug—and neither was going to move until the time was right.

Fascinated, I stopped what I was doing to watch this duel unfold.

The stare-down continued for a few minutes. This cat wasn’t going to flinch until he witnessed a glimmer of activity. Finally, I saw a flicker of movement as the bug slowly lifted his leg. Monkey’s eyes widened as he wriggled his bottom. Suddenly he pounced on the hapless bug, and in an instant, it was over. The bug was lying face up, with no sign of life. Monkey sniffed around it for a second, then sauntered away. The job was done and now it was time for a nap in the sun.

I found myself pondering this long after the deed was over.

How could this cat, who detests the house rules and who seems to be in constant squirm motion, remain so deeply engrossed? How is it that Monkey was able to deftly finish his work while I sat at my desk, still stuck on finding the first opening sentence for my latest project?

The truth was staring me in the face as the little familiar beep that alerted me to an incoming text pulled me away from my work.

I had created a maelstrom of technology and distraction around me. This was preventing me from effectively “killing the bug.” If I was going to be prolific, effective, and calm in both my work and my spiritual practice, I needed to set myself up for success. It was time to commit to making my world distraction-free so I could tame my own monkey mind.

This is an excerpt from a story written by Theresa Reed and featured in The Karma of Cats: Spiritual Wisdom from Our Feline Friends, a compilation of original stories by Kelly McGonigal, Alice Walker, Andrew Harvey, and many more!

Theresa Reed has been a professional, full-time tarot reader for more than 25 years. A recognized expert in the field, she has been a keynote presenter at the Readers Studio, the world’s biggest tarot conference, and coaches tarot entrepreneurs via numerous online courses and her popular podcast, Talking Shop. Theresa lives in Milwaukee, Wisconsin. For more, see thetarotlady.com.

Theresa Reed: What the Tarot has to say about 2017

Theresa Reed is a recognized expert in the field of Tarot reading who writes, speaks, podcasts, and coaches on the subject. With Sounds True she has released The Tarot Coloring Book, a full-length reference to the imagery and importance of the classic Rider Waite deck that doubles as an engaging coloring experience. In this episode of Insights at the Edge, Tami Simon and Theresa discuss the heart of Tarot and how it’s not simply a passive tool. They speak on the concept of adult coloring books and whyThe Tarot Coloring Book reinforces learning with fun and imagination. Finally, Theresa performs two live readings and interprets their results in the light the current situation in our world. (52 minutes) 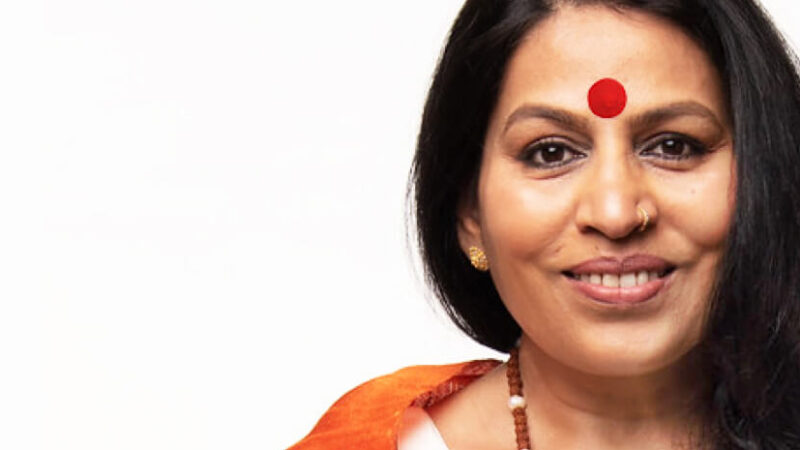 Acharya Shunya is a classically trained master of Ayurveda and an internationally renowned spiritual teacher and scholar of Advaita nondual wisdom. The first female leader of a 2,000-year-old Indian spiritual lineage, she has dedicated her life to the dissemination of Vedic knowledge for the spiritual uplifting of all beings. With Sounds True, Acharya Shunya has written a book titled Sovereign Self: Claim Your Inner Joy and Freedom with the Empowering Wisdom of the Vedas, Upanishads, and Bhagavad Gita. In this episode of Insights at the Edge, Tami Simon and Acharya Shunya explore our spiritual journey from feeling afraid to feeling powerful, from bondage to sovereignty. Offering unique perspectives that come from being both a woman and a householder, as well as the spiritual leader of her lineage, Acharya Shunya describes the boundless essence of spirit we all have within, the importance of breaking free from the cultural limitations that prevent us from remembering our true spiritual freedom, and how Vedic wisdom provides us with a timeless guided journey to spiritual sovereignty. 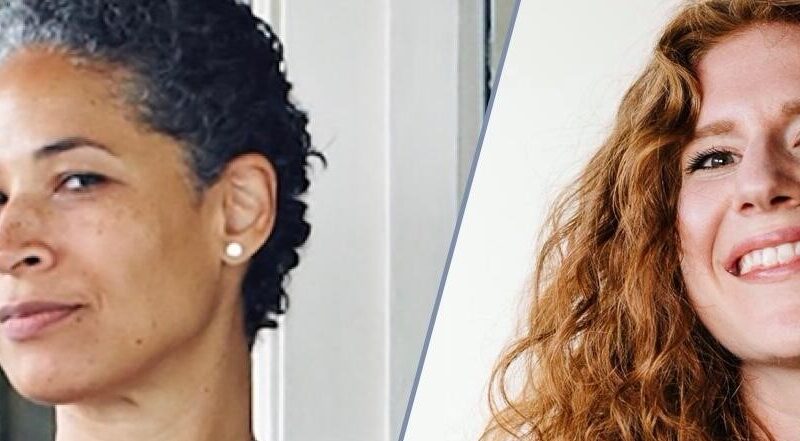 Rebecca Walker is a bestselling author, lifelong activist, and TV and film producer, named one of the most influential leaders of her generation by Time magazine. Lily Diamond is also a bestselling author and a photographer, wellness advocate, and creator of the award-winning blog and memoir cookbook Kale & Caramel. Together, they have written a book called What’s Your Story?: A Journal for Everyday Evolution, published by Sounds True. In this episode of Insights at the Edge, Tami speaks with Lily and Rebecca about the power of the right question to move us in the direction of claiming our narratives and using the power of our imagination to create our future. They discuss the importance of telling our own stories in the ways only we can. They also explore how rewriting the stories we tell about ourselves and our world can ignite the alchemical process of everyday evolution, moving us in the direction of healing society, the Earth, and our own spirits. 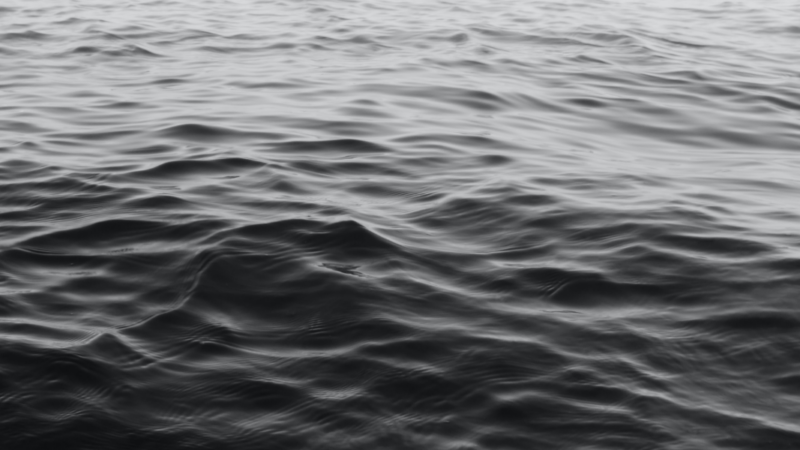 However you need to grieve, that’s the right way for...

Grieving a cat—or any kind of grief—is not a one-size-fits-all experience (as though any experience or emotion were?). Some people can’t stop sobbing, while others reflect quietly. Some are comforted by hugs and rituals; others need solitude to process their loss.

There’s no “right” way to grieve, and there’s no “right” length of time. In fact, I don’t see a loss as something we “get over,” but rather something that becomes a part of our life experience. When our skin is gravely injured, it doesn’t go back to looking the way it did before; it heals, and we have a scar.

Loss changes the fabric of our lives; it changes the way we perceive and interact with the world. And like a scar, walking through grief (not trying to circumvent it) makes something in us stronger, more resilient. Grief is something to be healed, not to transcend.

Grief is nonlinear, too. Our human minds would love to make grief into a process that has a distinct beginning, middle and end…but in my experience, that’s just not true. Grief, like life, is messy and unpredictable. As Jon Kabat-Zinn writes, “You can’t stop the waves, but you can learn to surf.”

We all grieve, and for each of us, our grief is as unique as a fingerprint. If we try to avoid grief, it will redouble its strength and burst forth anyway. However you need to grieve, that’s the right way for you.

An original post by Sarah Chancey, the author of P.S. I Love You More Than Tuna, the first gift book for people grieving the loss of their feline friend. This originally appeared on morethantuna.com.

Sarah Chauncey has written and edited for nearly every medium over the past three decades, from print to television to digital. Her writing has been featured on EckhartTolle.com and Modern Loss, as well as in Lion’s Roar and Canadian Living. She lives on Vancouver Island in British Columbia, where she divides her time between writing, editing nonfiction, and walking in nature. Learn more at morethantuna.com and sarahchauncey.com. 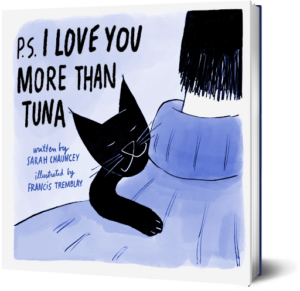